The report is produced in January after the completion of the fall semester and includes a three to five year comparison of various student demographics as well as other variables in an effort to aid interested stakeholders in gaining a better understanding of Northeastern students.

NOTE:  There will always be slight differences in numbers on this report and various official reporting dates.  This is due to data constantly changing and updating daily during the course of the semester and the academic year.

Fall 2021 was comprised of 1,393 students which included 474 students (34%) from Logan county; 375 (27%) from Phillips, Sedgwick, Washington and Yuma counties; 401 (29%) from 34 counties throughout Colorado; 111 (8%) from 22 states with Nebraska, Utah, and New Mexico having the most students attending Northeastern this year.  NJC welcomed 32 (2%) International students from 15 countries around the world including Brazil, Canada and Russia.

There were 711 (51%) full-time students and 682 (49%) part-time students.  The top line in the chart below represents the total number of students attending Northeastern in the past five years.

The significant difference in the part time numbers has been a common trend for the past five years.

Twenty-eight percent (28%) of Northeastern students were new first time, while 23% were high school students (also known as high school concurrent).  Ten percent (10%) of students transferred in from another college and the remaining 39% were continuing.

The following chart summarizes the percentage of students who are working toward transfer out degrees (Associate of Arts, Science and General Studies), and the percentage who are working toward Career/Technical degrees.  In the four previous years, transfer out programs had been decreasing and career/tech programs had been increasing; however, in Fall 2021, transfer degrees have increased and Career/Technical degrees have decreased.  This change could be attributed to the increase in undecided/non degree seeking students.

When looking at success measures for new first-time, full-time students at Northeastern, it has been found that students who are both first generation and PELL eligible tend to fall behind their peers in first semester GPA and the percentage of credits earned.

Merino, Sterling/Caliche and Peetz had the highest percentage of high school concurrent students who become new first time students at Northeastern after high school graduation; while Akron, Holyoke, and Julesburg had the lowest percentage.

For Fall 2021, there were 323 high school/less than high school students attending Northeastern.  The majority were part time students; however, nearly 14% were full time students.  This compares to 17% for Fall 2020 and 8% in Fall 2019.  Fifty-eight percent (58%) were female, 20% were Students of Color, 42% were from Logan county, 47% were from the service area, 11% were from other parts of Colorado and nearly 2% were from out of state.  Forty-three percent (43%) were first generation.

Financial aid data is gathered from the IPEDS (Integrated Post-Secondary Education Data System) student financial aid survey.  In 2020-2021, the total amount of grant aid was $ 6,141,398 making the average amount per student $ 6,021.  This is higher than the previous year most likely due to additional HEERF/CARES Act funds that were distributed during the Summer and Fall 2021 as these are included in the federal grant numbers for 2020-2021. The total amount of loan aid was $ 1,990,670 making the average loan amount per student $ 5,608 which is also higher than the previous year.

In terms of achievement for new first time students, there have been gains this year compared to last year; however, the percentage of new first time Students of Color has dropped and the number of White non-Hispanic students has increased.  Northeastern data has previously shown that White non-Hispanic students who are first generation and PELL eligible succeed at higher rates even though this group in general struggles with college level course success.

This shift in student demographics is being seen at community colleges nationwide and should be closely watched in the future for Northeastern as well. 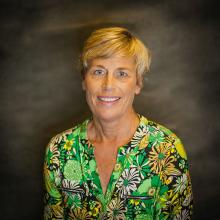