Boxes will go to children in third world countries. 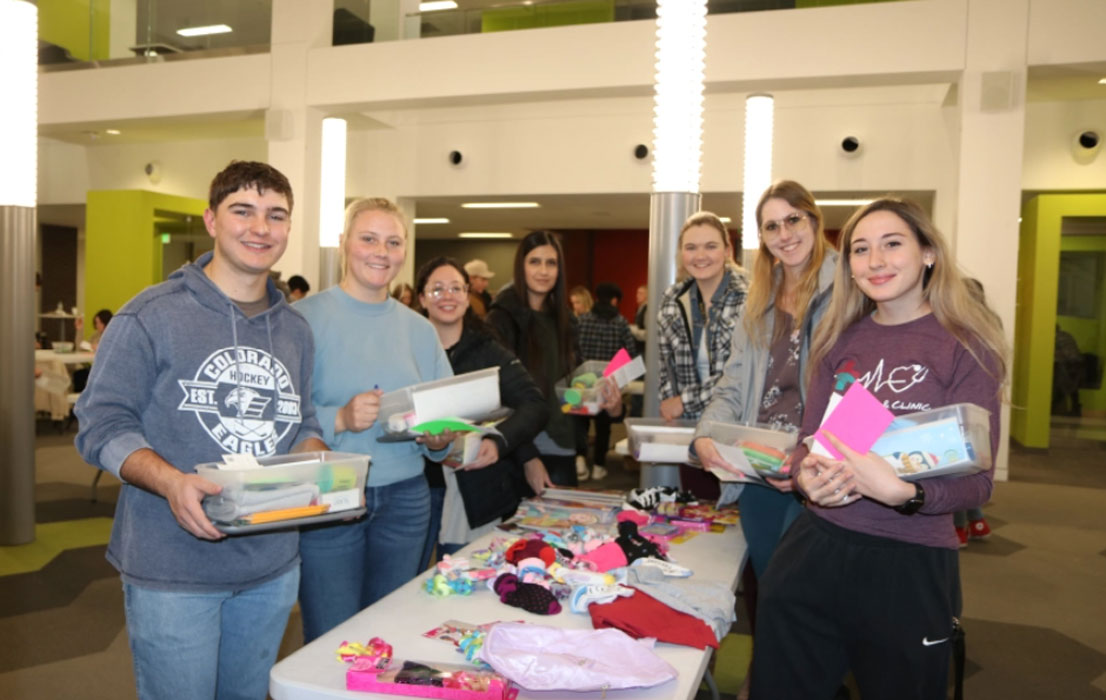 While 80 boxes might sound like a lot, the group made quick work of the packaging, getting all the boxes filled in just 10 minutes. Afterward, they were able to enjoy a pizza dinner with ice cream for dessert.

“Operation Christmas Child has been a passion near and dear to me, I’ve done it for 20 years now. It’s just an awesome opportunity for these kids to pack a box for somebody who’s never had Christmas before,” said Jeri Garrett, PTK advisor.

She was absolutely astounded and grateful for the response from the community and the NJC family, who not only helped box packages but also donated items to go inside each of the boxes. Between their efforts, and some purchases made by Garrett herself, PTK was able to collect enough items to fill all of the boxes.

Operation Christmas Child is a project of Samaritan’s Purse that has delivered shoeboxes filled with toys, hygiene items and school supplies to children in third world counties all over the world for nearly three decades now. Garrett has been told that most boxes that are mailed from the Denver processing center usually go to Central America, so that is likely where NJC’s boxes will end up.

“Kids who have never had a Christmas present are going to get a Christmas present,” she said, explaining that a big part of PTK is giving back and when she became the advisor for the group this was one thing she really wanted to do after having done it on her own for many years prior.

For the students, it was nice to be able to have an opportunity to help others less fortunate.

“This is my first year. I didn’t know anything about it, but I thought it was a cool idea. There were so much different donations to sort through and the turnout was great; I was really excited about that,” said Alisha Saylor, PTK social media coordinator.