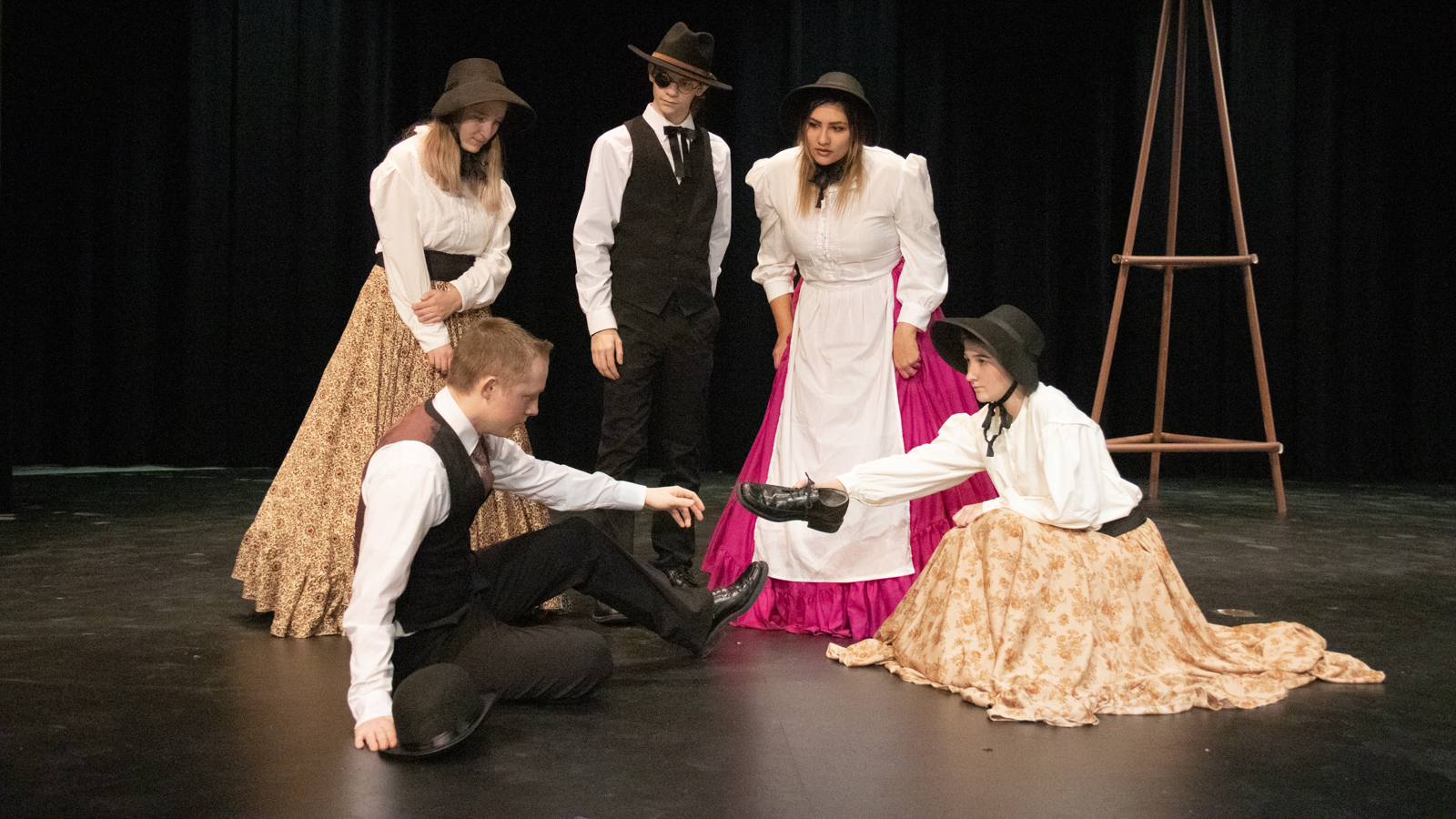 The Northeastern Junior College Theater program’s production of Anatomy of Gray runs Nov. 13-15 on campus at the Dorothy J. Corsberg theater. This coming-of-age story has the potential to profoundly move all audience types with it’s simple messages centering around love, loss, and the healing that takes place when a community is struck with tragedy.

The playwright, Jon Leonard Jr., an award-winning author of plays that include The Diviners, And The Dance Real Slow in Jackson, describes Anatomy of Gray as “a children’s story for adults.” Set in Indiana during the late 1800s, the play follows the story surrounding a 15-year-old-girl named June Muldoon (played by Karma Contreras). In the wake of her father’s death, June prays for a healer to come to the small town of Gray so that no one will ever suffer such sorrow as she experienced ever again. The next thing she knows, there’s a tornado, and a man in a balloon blows into town claiming to be a doctor. The doctor is simultaneously embraced and suspicioned by the community as he teaches June to be his apprentice.

“I found tremendous solace in the playwright’s stories about losing loved ones and how we go about healing those deep wounds,” stated Robinson. “On another level, I can’t help but be infinitely amused by the humor presented by its lovably flawed characters.”

The entire production runs for an hour and 30 minutes, with an intermission. Tickets are $5 for the general public, and attendance is free to all Northeastern students, faculty and staff. The box office opens at 6 p.m., the doors to the theater will open at 6:30 p.m., and the curtain rises at 7 p.m. Tickets can be purchased the day of the event at the box office from 6-7 p.m.