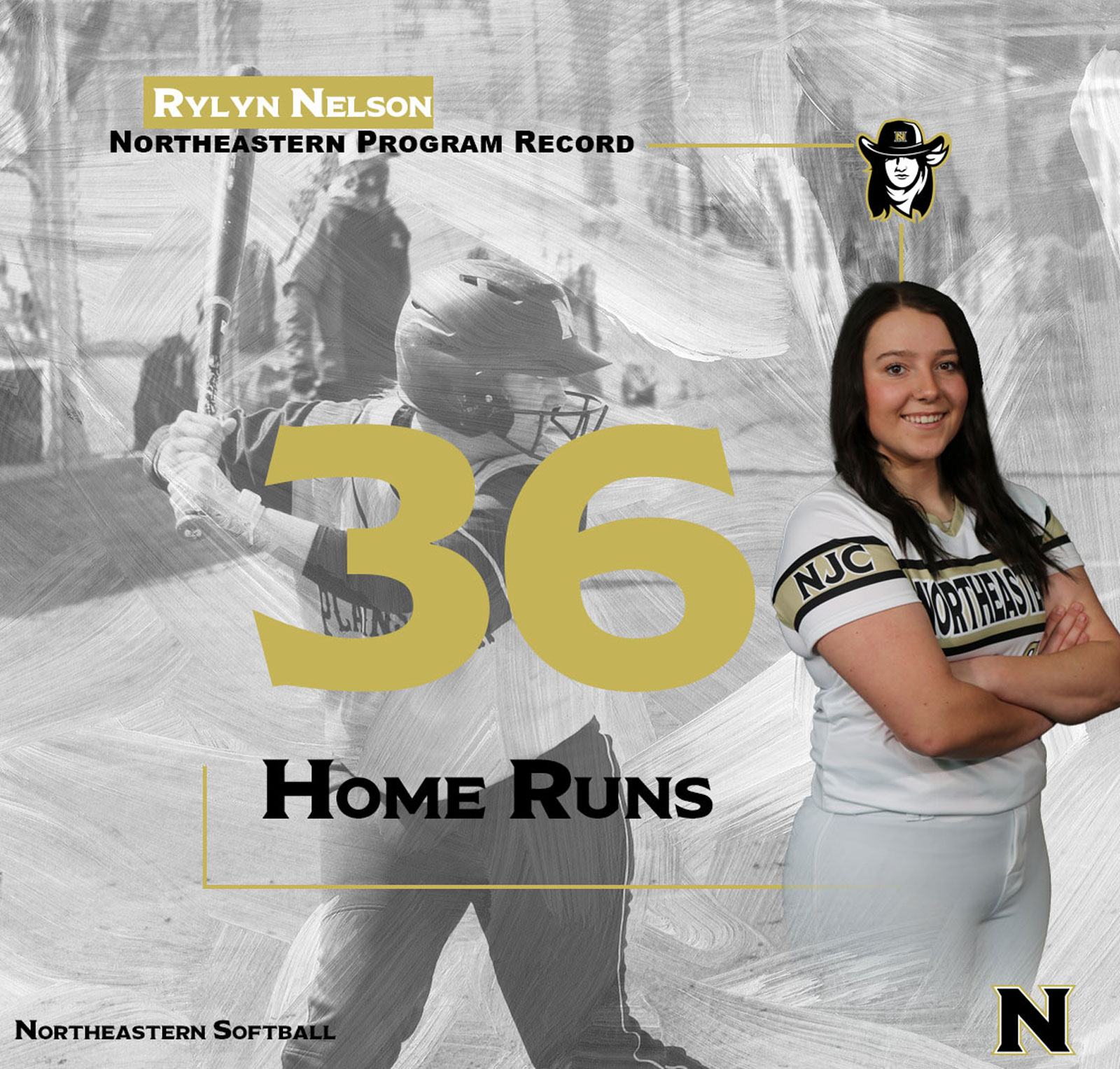 Northeastern Junior College’s softball team may be in a bit of a slump right now, but overall they’ve had quite the season setting numerous team and individual records. Coach Tom Myers spoke about the team’s success at an NJC Advisory Council meeting Thursday.

Right now, the team is sitting at 27-18 and is in second place in the NCJAA Region 9 standings after five losses. It is the first time they’ve fallen into second place since the beginning of last year.

“We had a really good run. We still have 10 games to go this season, so it’s going to be difficult to grab that number one seed, but if we can go out and run the table we have the opportunity to do that. Regardless, it doesn’t take away from all of the accomplishments that they’ve had,” Myers said.

In the past two years the sophomores on the team have won 63 games, which is by far most NJC has ever had in a recruiting class. The team broke the record last year with 36 wins and this year they are at 27 this season and are hoping to get back up to 36 again. That 27 wins is the most wins in NJC’s conference in that time.

“From going from a program that had a very, very difficult time winning a game, to the last two or three years being at the top, tells you a lot about what these girls have done,” Myers said.

The last two years, the sophomores have broken 22 individual or team records. One player, Rylyn Nelon, of Sterling, has almost singlehandedly broken every single offensive record that NJC had. This year she has already broke the individual single season home run record of 21 with 23 runs at this point and her career record is at 42, with more runs likely to be added before the season is over.

“The impressive thing about it is she is ranked number two in the entire nation with 23 home runs, so the leaders at 25 and to kind of put it in perspective there is roughly 3,000 NJCAA D1 players and she is number out of all of those,” Myers said.

It’s not just the sophomores though, freshman Jacquelynn Sifken, from Broomfield, is currently ranked eighth in batting average.

“To have two top 10 individual statistical leaders in the entire country on one team is good for me, I like it. It’s just impressive, they’ve done such a good job,” Myers said.

“This group has led the way for truly what we’ve done the last few years offensively,” Myers said.

But what he considers one of the team’s biggest accomplishments is having three 2021 Academic All-Americans, Katey Kelly, of Colorado Springs; Akayla Mahahffey, of Sterling; and Sara Lynch, of Monument. He hopes to see at least five of the sophomores earn that honor this year.

“It’s not only been on the field, but off the field and that’s the reason why our team continues to grow and it’s all because of these girls,” Myers said.

The only thing the team has not done is win a region title; they had a chance last year but they let it slip away when they were three outs away.  This year they’re looking to make that happen, but first they will face Otero College on the road Saturday and Sunday for two doubleheaders.