Shelby Clark made it to Sweet 16 round of discussion meet. 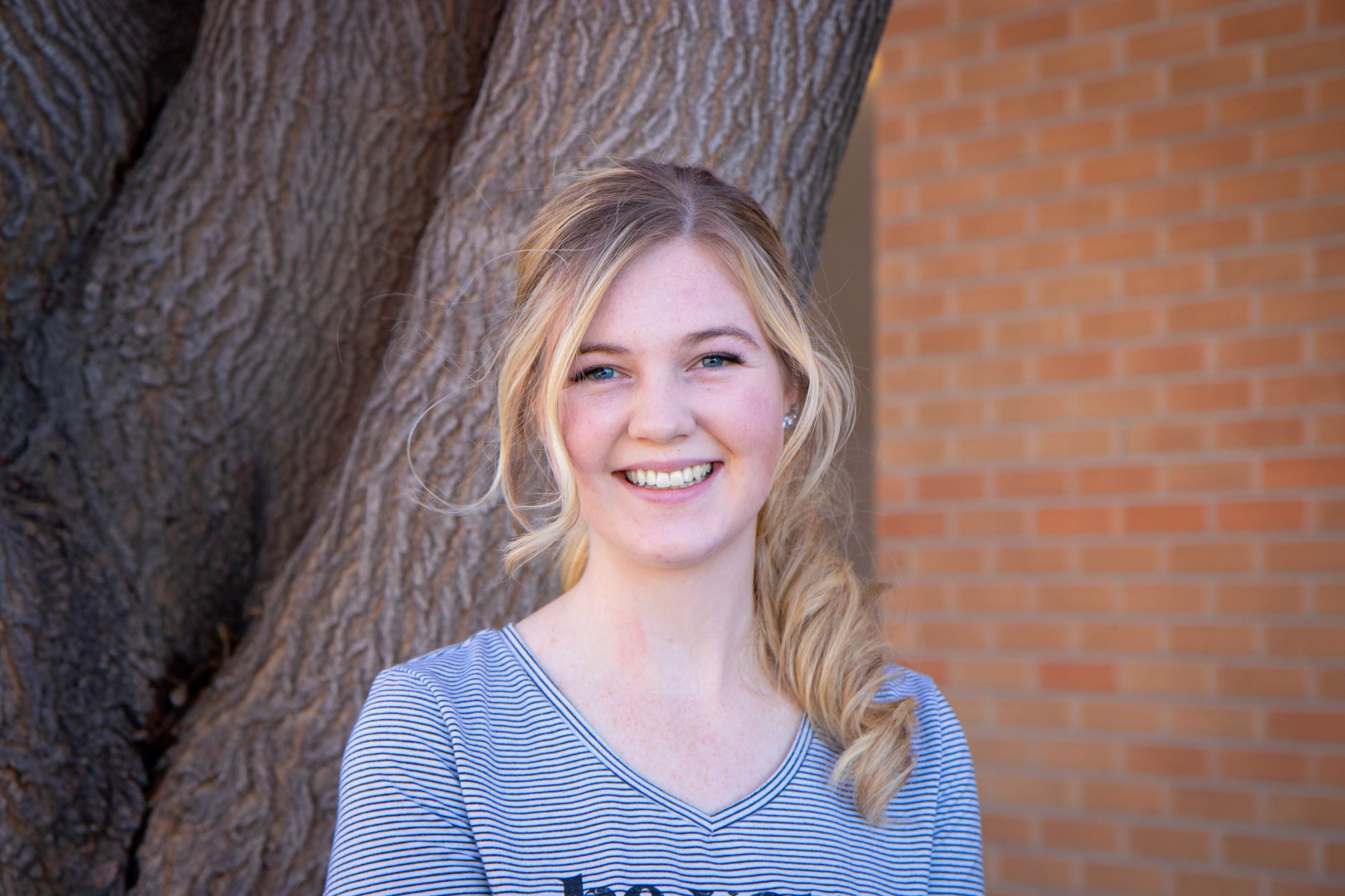 For Northeastern Junior College student Shelby Clark, public speaking is her passion and she always knew she wanted to pursue that in college. Competing at the State Level Collegiate Farm Bureau was the highlight of her year, until now.

Clark, a freshman at NJC, participated alongside many juniors and seniors from across Colorado in a board meeting scenario that is collaborative but competitive, focusing on solving issues in agriculture. Five questions are presented at the beginning of the competition, and the student who does the best leading the discussion and forms the solution is the winner. Clark won first place overall in the Colorado competition which means she was the only student from Colorado competing at the National Collegiate Farm Bureau Competition, and one of only two freshmen who completed, beating out juniors and seniors from the larger four-year universities like Colorado State University and Adams State.

The national competition began on Tuesday, March 9 virtually and Clark was thrilled to be the Colorado representative.

“You can only go to Nationals one time in your college career, so this is a great opportunity and honor,” said Clark.

At the national competition, there were two rounds that everyone who qualified competed in, then they went on to the Sweet 16 on Thursday, March 11 and the winners of that round went on to the Final Four. Clark competed in the Sweet 16, the only freshman to make it that far, but unfortunately did not advance to the Final Four, though she held her own against many upper-level students from around the nation.
Northeastern is proud to have Clark represent the college at the national level.

Andy Bartlett is the NJC Collegiate Farm Bureau Advisor and has been in that role for the past five years alongside his agronomy teaching load. Bartlett stated “Shelby has a natural ability to convey messages and discuss complex topics with ease. Coupling this talent with her passion for agriculture allowed her to have great success as our club’s public relations officer as well as a competitor in the discussion meet.”

Clark is originally from Wray, Colorado where she participated in competitions at Wray High School in FFA and forensics. She is a freshman at NJC this year, but will be graduating in May with her Associate’s Degree in Ag Communications after completing 32 concurrent enrollment credits in high school.

She will be transferring to Red Rocks Community College to obtain her Professional Photography Certificate. Clark also owns her own photography/marketing business, Shelby K. Marketing Company, and she offers graphic design and publications for the agriculture industry and a wide variety of photography services.